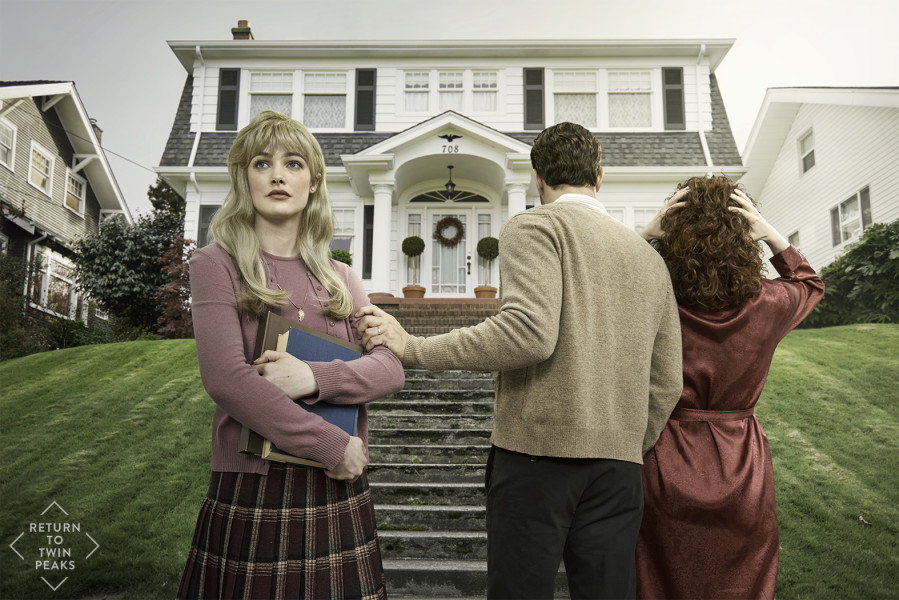 Well, close enough. Twenty-seven years after the debut of one of the most staggeringly original television series of all time, David Lynch and Mark Frost's Twin Peaks returned last May, creepier and more captivating than ever.

While Peaks fans feverishly tried to process the new twists and turns that Lynch and Frost have introduced into their surreal, self-contained narrative universe, the show and its legacy got the diner treatment in Blake Morrow’s exhibition Return to Twin Peaks as part of last year’s Scotiabank CONTACT Photography Festival. Morrow honoured the show at Field Trip Cafe with a collection of surrealist portraits recreating some of Twin Peaks’ key moments and moods, by capturing original set locations and digitally superimposing uncannily doppelgänger-like models to stand in for the series' iconic characters. 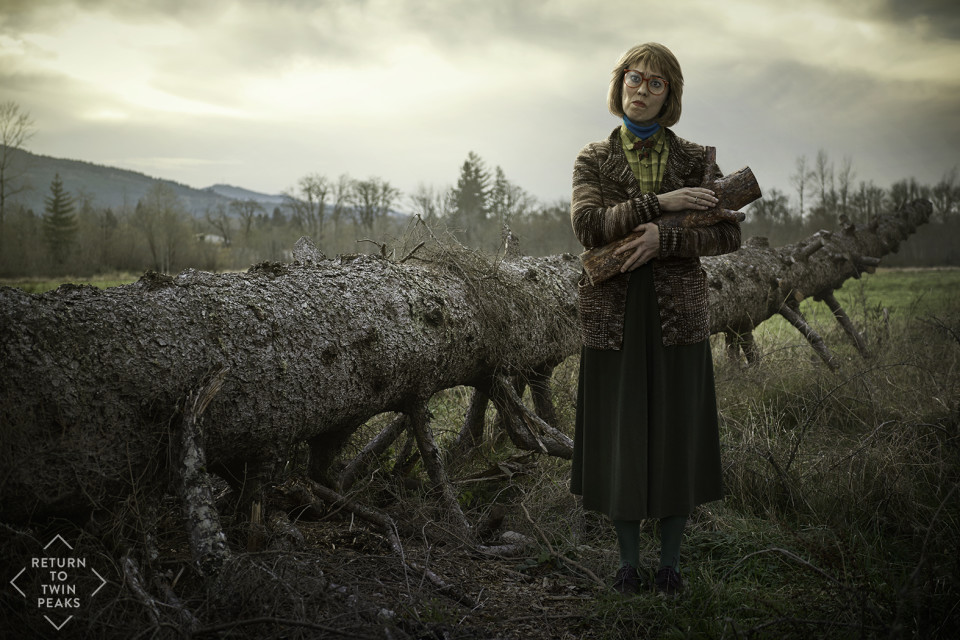 The photographer’s deep-seated appreciation of the show dates back to his formative years. “I was a teen living in the small town of Calabogie, Ontario when Twin Peaks originally aired on TV. It was like seeing my own rural surroundings through the most bizarre and fascinating lens,” Morrow explains. “I identified with the show and its characters immediately, and it gave me a new appreciation for the seemingly quiet town I was living in. I loved the show so much I recorded it every week, and was soon passing around VHS tapes to high school friends, making new fans.” 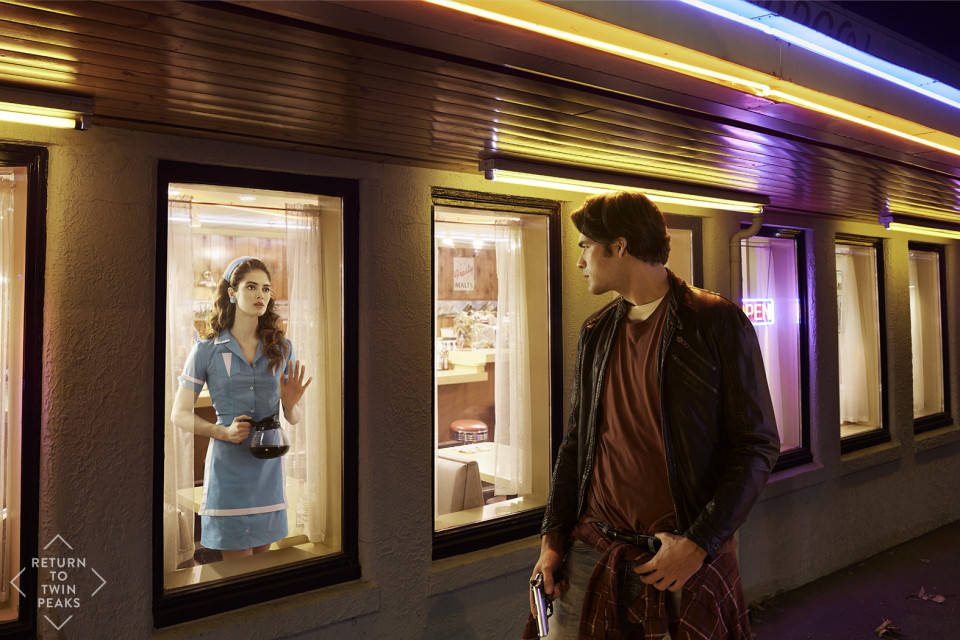 Fast-forward to the show’s revival announcement in 2014, and Morrow, now a professional photographer and art director, saw a chance to celebrate a life-long passion. For the exhibition’s opening reception, Morrow took inspiration from the Double R Diner and Black Lodge to transform the cafe: waitresses in blue dresses served donuts and cherry pie on platters, and bow-tied hipster giants offered drink specials named after some of the show’s key characters, like the “Dale Cooper” and the “Laura Palmer” (the latter was so popular that they ran out, and marked it as "deceased" on the menu). 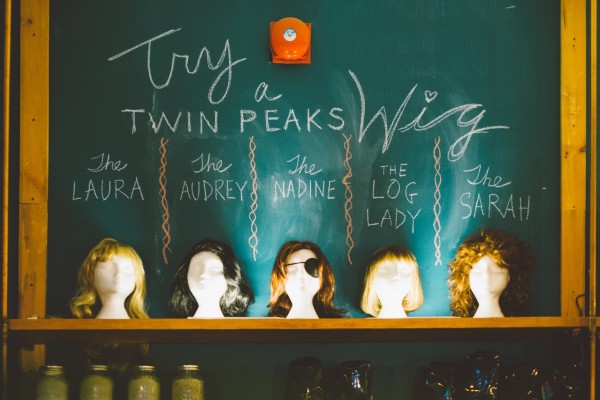 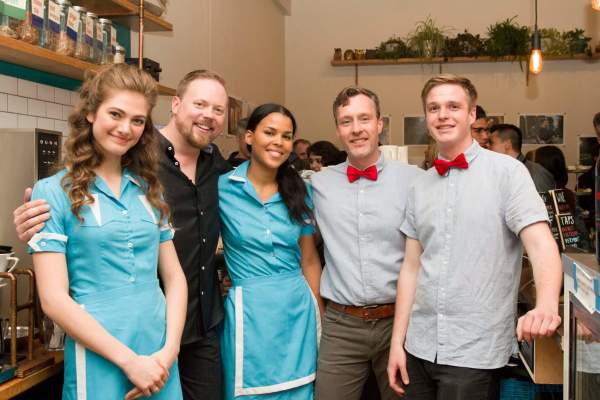 “I think I owe much of my creative path and profession to the passion inspired in me from the original episodes of Twin Peaks,” Morrow continues. “I wanted to create something that would be both an homage and a way that I could creatively revisit the things I loved most about the mythology of the show. It’s been a true passion project to pull off.”

Morrow’s technical practice as an illustrator and digital artist gives his work an ethereal quality that draws you into his world. “Creating my images felt a bit like making photographic dioramas out of reality. I travelled to the small towns outside of Seattle that Twin Peaks was filmed in and photographed iconic locations like the Great Northern Hotel and White Tail Falls (the real-life Salish Lodge and Snoqaulmie Falls in Snoqaulmie) and the Double R Diner (Twede’s Cafe in North Bend), as well as other unique areas I discovered while driving around. I had a loose plan of who I would later feature in some environments, and other areas I just shot in faith that something would come to me later.” 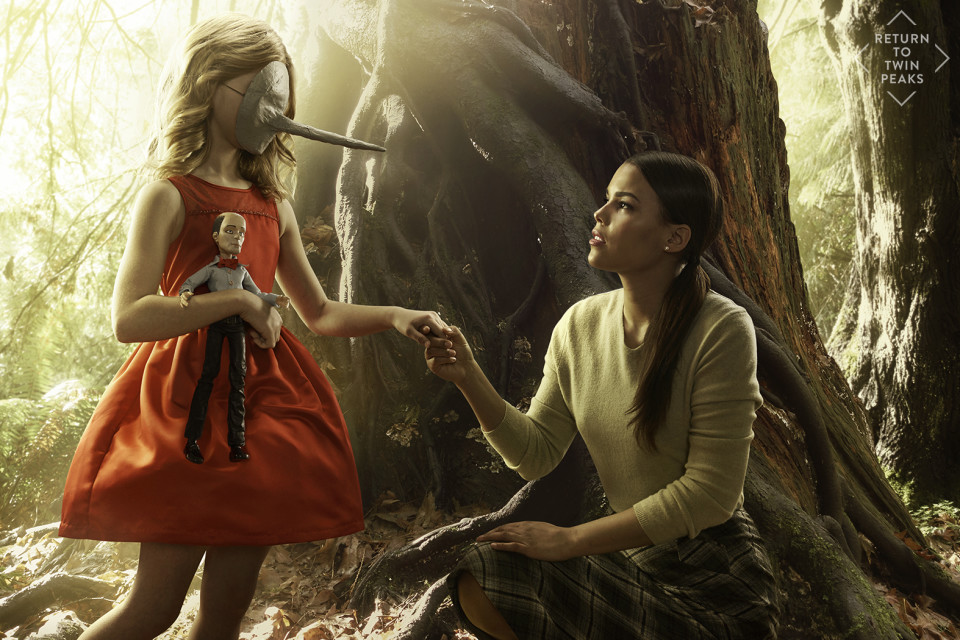 When asked why he believes the show still resonates over 25 years later, Morrow says that “Twin Peaks was designed to be timeless; it was created with a clear vintage inspiration before it was cool to do so. The show’s tragic mystery of 'Who Killed Laura Palmer?' has aged incredibly well, and it has inspired everything from The X-Files and Lost to True Detective, Stranger Things and Riverdale. Much like small towns where time moves slower, there is something about the show that allows new generations to discover and connect with it quickly. The casting was inspired, and the cinematic, visual nature of the show has kept its freshness intact. Also brilliant is that it ended on a cliffhanger; for the last 25 years, fans have wanted and needed to know what happened to the characters who resonate on such a familial level. The third season’s comeback is much like returning to your hometown after an extremely long absence.”

More photos in the series are viewable on Morrow’s website.