How did The Disaster Artist get made? Enter: Paul Scheer. 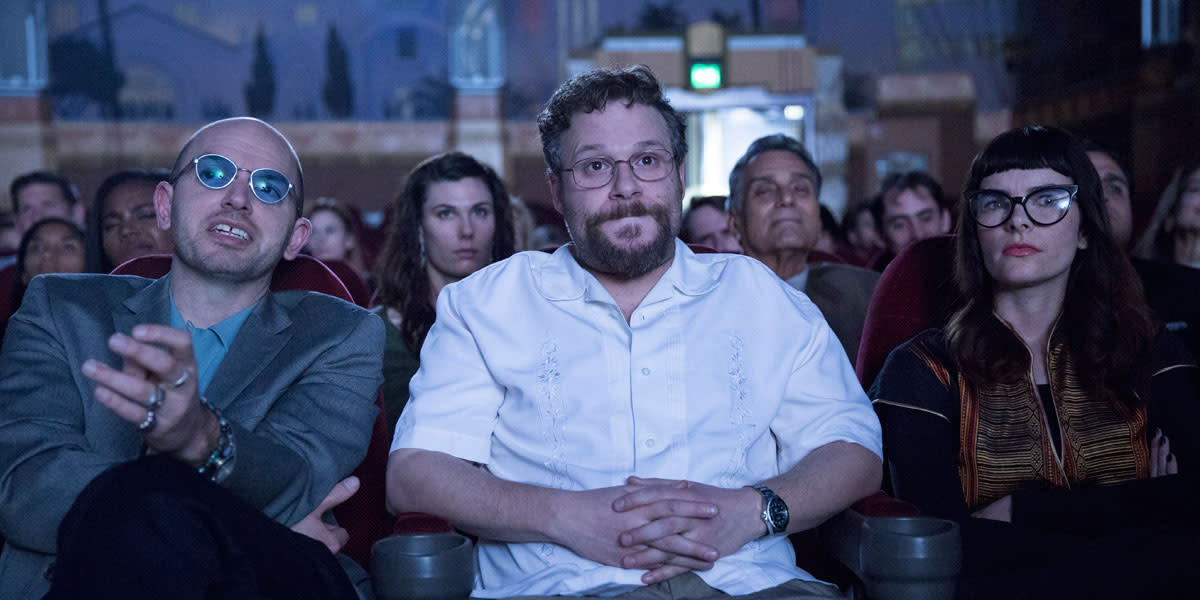 I’m the product of a video-store culture. As a kid, the video store was where I hung out. As a teen, it was where I worked. Now, as an adult, I’m often find myself scrolling through Netflix, trying to find that intangible film to scratch an itch I didn’t know I had. The beauty of the video store was that you judged a book by its cover — its DVD cover, to be exact. Every DVD had the power to take you on a unique journey. Sometimes it was the ones you had never heard about that seemed so much more interesting than the ones on the New Release shelf.

“He’s dead, but got reincarnated as a snowman so he can spend the holidays with his kid?” (Jack Frost, 1998) 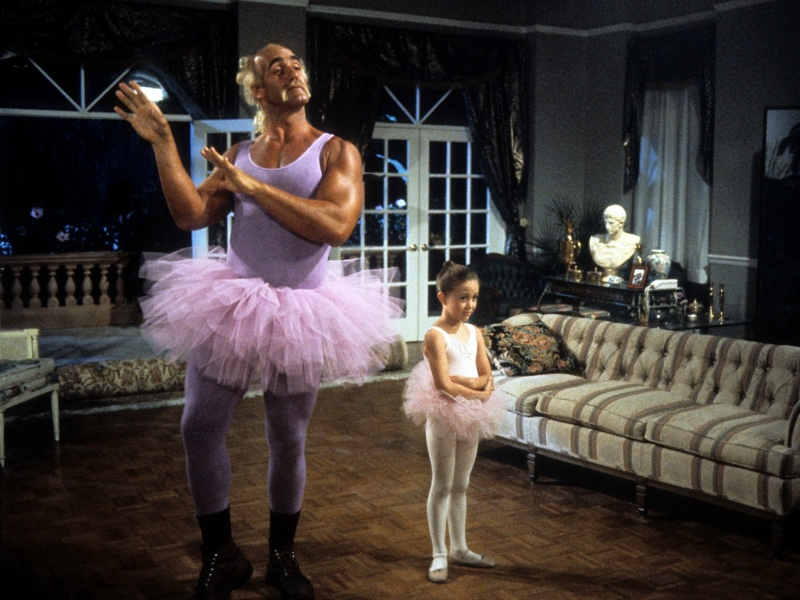 This type of browsing is how I developed an appreciation for movies known as “so bad, they’re good.” Which, by the way, is a term I hate. I’ve seen bad films and believe me, I won’t be telling anyone about them. But whether it’s a performance that has to be seen to be believed, or a plot so outlandish it must be discussed publicly, I’m a big fan of the sorts of bad movies which beg to be watched. I think of them as “party” movies — ones you put on to enjoy with a group of friends. The regular rules of movie watching get thrown out the window as you watch a film that demands you talk through it, only to pause and rewind some outlandish scene, examining it as if you’re a group of cinema scientists. Discussing a bad movie is one of the best parts of experiencing it, and it’s a lot funnier when the elements don’t add up.

That’s actually how my weekly podcast, How Did This Get Made?, which I co-host with my friends June Diane Raphael and Jason Mantzoukas, got started seven years ago. I was obsessed with Old Dogs, the Robin Williams/John Travolta film, and how it walked the line of being a film for grown-ups while pretending to be for kids. The Viagra scene alone will leave many 12-year-olds with a lot of questions.

On some level, I think I’m fascinated by these films because, as an actor, writer, director, and comedian, I know that the act of creation means putting yourself out there and hoping for the best while never knowing exactly how it’s going to be received. I love bad movies for the schadenfreude, but also for embracing and celebrating a vision so bold it knows no bounds.

If you, like me, are fascinated by bad movies, there is one film more singular and unique than all the others. The Room is a film written, acted, and produced by Tommy Wiseau. If you don’t know about this gem, please stop whatever you are doing and Google the trailer — it’s amazing and can best be described as “Tennessee Williams put through Google translate.” The Room is not as much a film as it is an experience. I’ve probably seen it a dozen times. Every screening gives you something more that you didn’t notice upon your previous viewing. 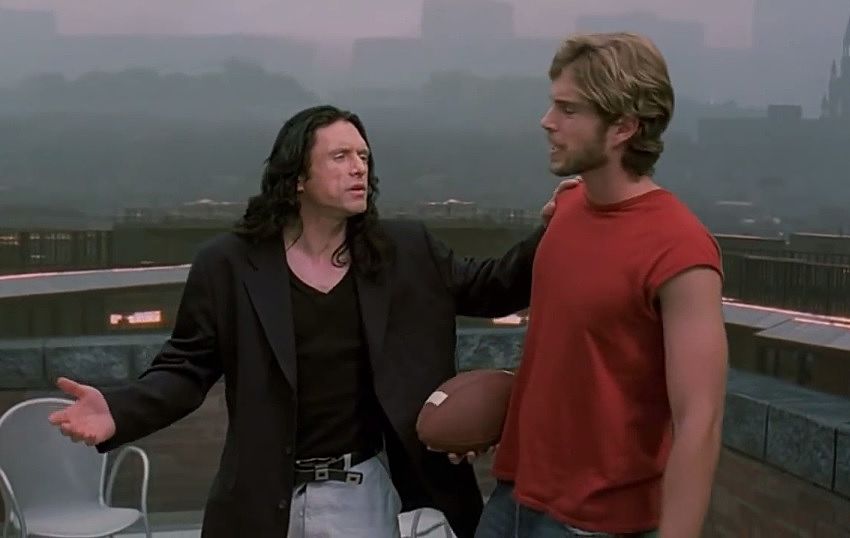 I never realized there was more to the story behind the film until I met Greg Sestero, one of The Room’s lead actors as well as its line producer. During a special Room-themed episode of How Did This Get Made?, Greg recounted some epic stories about him and Tommy’s friendship and artistic process, and my appreciation for the film grew even more. He eventually wrote a book about the making of the film, which has now been adapted into the meta-fictional movie The Disaster Artist. It’s directed by James Franco, with James and Dave Franco playing Tommy and Greg, respectively. (I play the film’s frustrated cinematographer, Raphael.) The Disaster Artist is a journey of creation and passion. I’d argue it’s like a more realistic La La Land, where eventually everyone’s dreams of stardom are achieved, but not on a path anyone quite intended.

Get the party started with the bad movie podcast How Did This Get Made?. Listen here on Earwolf.

In being part of this cinematic journey, it occurred to me: how do you know if you are making a movie that might miss the mark? They say it starts with the screenplay, but writing a script is hard. It needs to be truthful, relatable, and most certainly, unique. Scriptwriters will often toil away for years, perfecting each line of dialogue until it is ready for someone else’s discerning eyes.

Wouldn’t it be great to know if you were writing a bad script as you were writing it? Until now, it’s been impossible to know for sure if your script is really bad, which is why I’ve created the following dialogue checklist based on my years of industry know-how. If ANY of the following lines appears in your screenplay, your script might be AWFUL! Please stop whatever you’re writing and drag your Final Draft document directly into the trash, or you might just earn a spot in the Bad Movies Hall of Fame.

You know you’re writing a bad script if you’ve typed the lines:

“I’m from a planet far away from here. It’s called Earth… Earth Two.”

“I’m not afraid of the Ginger-FUCKING-bread Man.” (Pulls out machete.)

“The porpoise is the only one who saw the killer, and he’s not talking.”

“Magicians have certain inalienable rights too.”

“The owner who rented us this summer house said it would be a great place for us to come to terms with all of the secret feelings we’ve had for each other over the last few years.”

“I love Sundays with you.” (In real time, we watch our hero do an entire New York Times crossword in silence next to their partner.)

“I’m as broke as Gavin Turner. Who this dude is, you don’t know, but IF you did know him, you’d totally understand exactly how broke I am.”

“Instead of talking about our feelings, let’s dance.” (NOTE: This line works if it’s a musical, but not if it’s a legal drama.)

“Your Honour, if it pleases the court, I’d like to tell you a story. It’s about a young boy who didn’t know that murder was bad, he actually thought it was totally cool. Also, I’m that young boy. The end.”

“I don’t have cats, I have friends… which also happen to be cats.”

“Hold me like you did by the lake on Naboo.”

“I'm Ned Beatty's brother and I want to say something about aromatherapy.”

“There aren't enough emojis on this speciality keyboard to tell you how much I love you.”

“I want to eat you up like lukewarm soup: fast and sloppy.”

“He shit his heart out… literally.”

React to The Review:

We believe a powerful film or work of art — or, uh, email newsletter — should generate a reaction. Got something to say? Send us a letter.

Help us make access barrier-free for youth.
By making a gift of $8 or more, you can help provide opportunities for young people to participate in transformational film experiences.
Donate Now
close