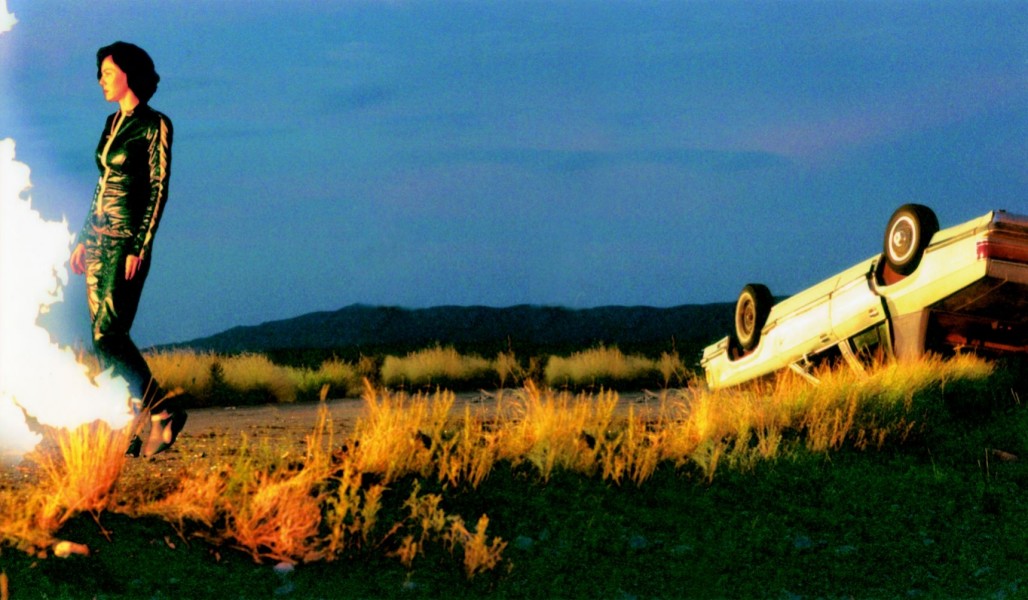 demonlover screens Saturday, July 8 as part of the TIFF Cinematheque retrospective Something in the Air: The Cinema of Olivier Assayas.

Though it is a film that is very much rooted in its present, Olivier Assayas’ demonlover is also a prescient examination and critique of post-cinematic technologies and cultures. Throughout the film, Assayas lays bare his preoccupations with early post-millennial late capitalism: the evolution and adoption of new technologies and aesthetics, the circulation of power and capital through multiple networks of global agents, and the inherent tensions within systems of control, individual agency, and immersion. As we follow the movement of the film’s protagonist, steely businesswoman Diane de Monx (Connie Nielsen), through a world where corporate dominance blends with transgressive media aesthetics, moral ambivalence, and criminal activity, Assayas points to a variety of media forms, offers commentary on the contemporary mediascape, and points to possible futures. 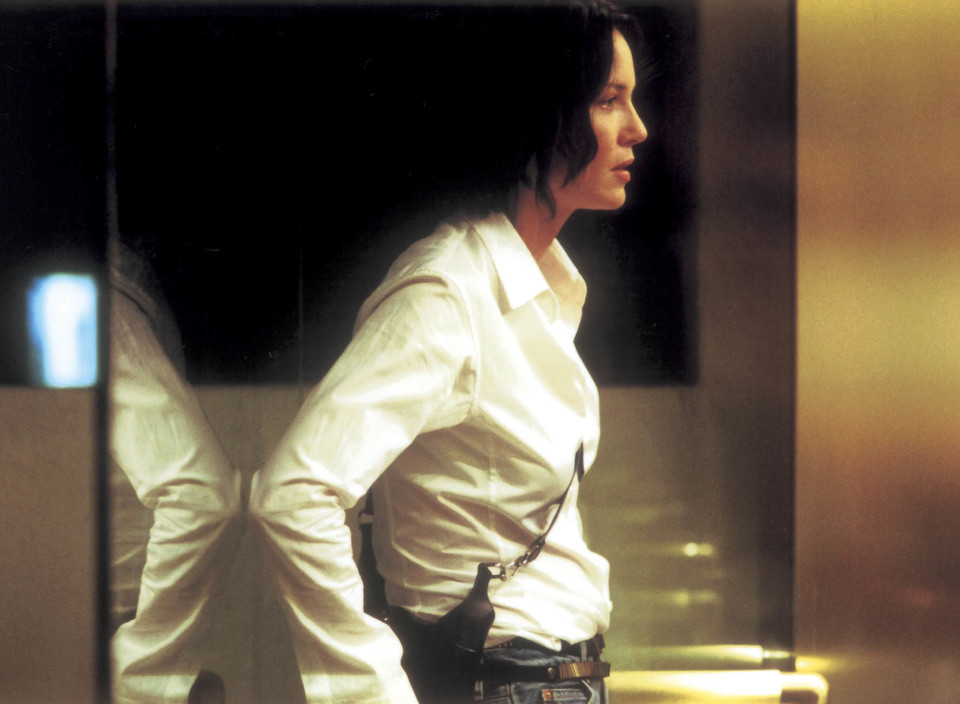 In an interview with Assayas in Cinema Scope in 2002, editor Mark Peranson comments that with demonlover, the director is “in dialogue with the present of the medium” — but this is a present that is undergoing a significant period of transition, which Assayas reflects upon through the onscreen representation of other digital technologies and practices. Narrative cinema is, necessarily, couched in the unfolding of action in sequence. Though a filmmaker may play with time frames in his or her telling of the tale — e.g., the backwards-moving narrative of Christopher Nolan’s Memento, or Stanley Kubrick rewinding and restarting his heist story from a several different character perspectives in The Killing — we as viewers are still bound by the linear process of watching the sequence of events as they are prepared for us; we can imagine possible outcomes, but are bound as witnesses. However, as see we throughout demonlover, the emergent technologies represented offer new avenues of aesthetic experience: not just through the role of witness, but that of actor.

In the opening movements of demonlover, we are introduced to the executives and employees of de Monx’s company Volf via a long take across the company’s trade floor, the camera focusing less on the individuals inhabiting the space than on the displays of trading and financial tracking software.

This sequence initiates Assayas’ implicit critique of contemporary media, acting as critical commentary on the practice of the rapid acquisition and sale of property, both real and virtual. (It’s a moment that presages the methods of 21st-century Hollywood, as major studios — themselves the property of endlessly diversified multinational corporations — feverishly acquire previously produced intellectual properties which are repackaged and redistributed as sequels, remakes, or “reimaginings.”). This allegory of acquisition and control is pervasive in demonlover, as Diane attempts to manipulate the outcome of the systems which control the flow of global capital. 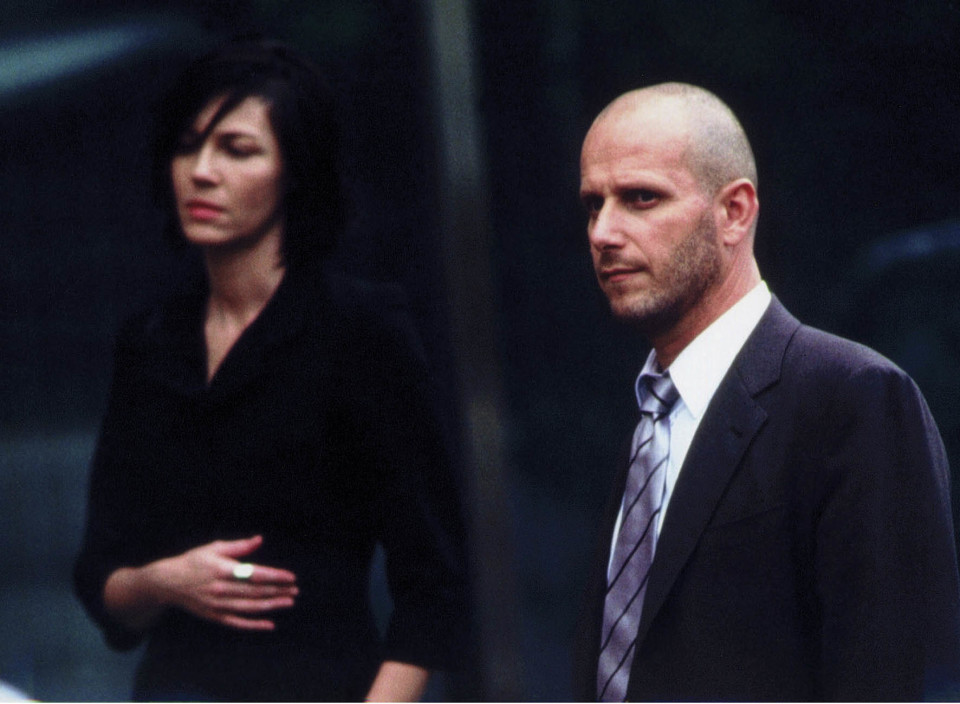 More than just a commentary on digital games, animation, and the problematic of the uncanny valley, these sequences trouble that relationship even more by spotlighting how these media perpetuate the objectification of women and the influx of violent and sexual images into the culture at large. These particular techniques of mediation and representation can also be seen in the scene at the Japanese nightclub, just after Diane and her colleague Hervé (Charles Berling) secure the deal with Tokyo Anime. Here Assayas highlights a different articulation of emergent visual practices, with VJs mixing video live on multiple screens. In addition to spending time focused upon the VJs and the technologies they’re deploying, we see these abstract images projected upon the bodies of the club’s female go-go dancers, rendering them as expanded components of the screen space, rather than as autonomous agents within the scene. 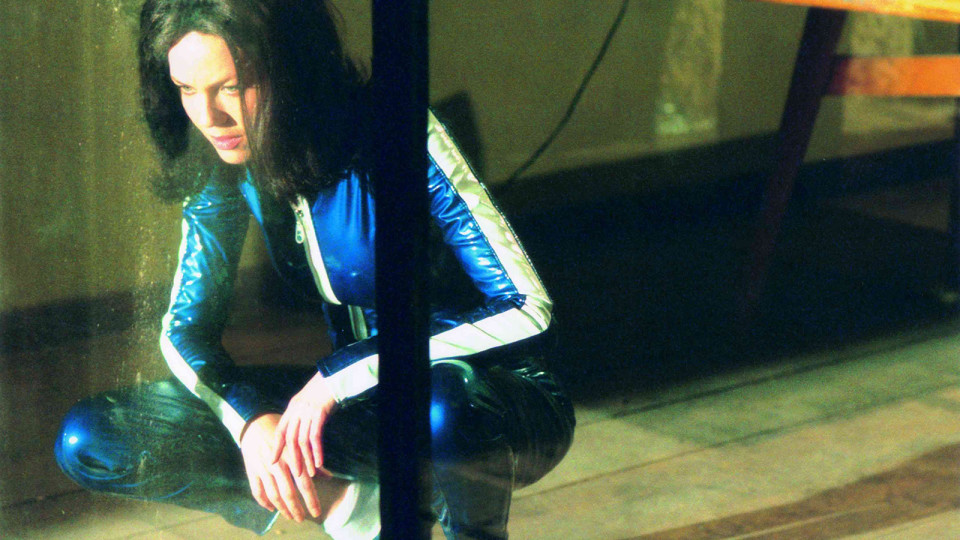 This is perhaps most evident at the film’s conclusion, which begins with a curious scene in which Chloë Sevigny’s Elise (one of Diane’s primary antagonists) is playing ONI, a videogame in which a female protagonist navigates a future dystopia where underground crime syndicates and global authorities turn out to be one and the same. This moment provides us with a final mirroring of Diane’s trajectory: as Elise moves Konoko (ONI’s player avatar) within the space of the game, Assayas cuts to Diane’s attempt to escape her captors. The implication is clear: it is not just a possible dystopian late-capitalist future that we need be concerned about, but our own present — the here and now where global networks of underworld activity converge with multinational corporate culture. It is a condition which exists as much in our present as in our possible futures, and to push back against these systems can bring dire consequences.

Although it was made in the early post-millennium, demonlover is a remarkably prescient treatise on the ramifications of our increasingly post-cinematic media environment and a snapshot of the discourses surrounding new media, their illusions of greater agency, and the relationship between the real and the imagined. And while the film was criticized at the time of its release for its “coldness” and intentional artifice, Assayas never loses sight of the human cost that our new media moment has wrought: even as videogames continue to offer fantastic illusions of unchecked agency in consequence-free environments, in its chilling conclusion demonlover illustrates how an individual enacting a fantasy on one side of the screen has the potential to do real harm to someone on the other.

Skot Deeming is an artist, curator and scholar from Montreal. He is the founder of the Vector New Media Art Festival in Toronto, and is a doctoral candidate at Concordia University, where he is a graduate reseacher at the Milieux Institute for Arts, Culture and Technology.